Special thanks to Robert Poole, PharmD, a PPA Founder, for his contibutions to this written history of PPA. [Original article featured in JPPT]

In 1979 Dr. Doug Smith, Dr. Robert Poole, and Mr. Steve Allen began discussing the need for an organization aimed at helping pediatric pharmacy directors to better serve their unique patient populations. These trailblazers met informally and then formally at the American Society of Health-Systems Pharmacist’s Midyear Clinical Meeting. Over the next six years, the group expanded and included Pharmacy Directors from across the United States.

By 1985, their vision had taken form and the Pharmacy Directors of Pediatric Hospitals (PDPH) organization was born. PDPH held the first Annual Meeting in New Orleans, LA during the ASHP Midyear Meeting. Annual Board of Director retreats in the Colorado mountains shaped the future direction of the organization. In 1987 interest in the group expanded to include Associate Directors, Clinical Directors, and Managers in the pediatric pharmacy setting. This prompted the group to change its name to the Pediatric Pharmacy Administrative Group (PPAG).

By the early 1990’s PPAG continued to grow and membership expanded to include pediatric clinical pharmacists and specialists as well as pharmacists academicians. Struggling to find a voice in the larger pharmacy community, PPAG was officially incorporated as a non-profit organization.

PPAG receives a $200,000 grant from the Kappour Charitable Foundation to establish The Kappour Center for Pediatric Drug Information at the Children’s Hospital in Denver with the help of then Director of Pharmacy Henry “Hank” Wedemeyer. The Center develops the Pediatric Adverse Drug Event and Reaction Reporting (PADR) Program. The PADR program is one of the first national ADR and ADE reporting programs in the US, and in 1995 receives a $300,000 grant from the David and Lucile Packard Foundation’s Center for the Future of Children. The PADR Program expands to 25 reporting and participating Hospitals by 1998. The findings of this study are published in the Journal of Pediatric Pharmacy Practice in 1999 and presented at the European Association of Hospital Pharmacists meeting in Madrid, Spain in 2000.

Kellie McQueen becomes the first Executive Director of PPAG. PPAG holds its 1st Annual Meeting in Copper Mountain, Colorado. At this Annual Meeting, the Board changes our name to the Pediatric Pharmacy Advocacy Group to reflect the diverse membership of the organization.

The Board of Directors establishes the first Mission, Vision, and Values of PPAG.

The Journal of Pediatric Pharmacy Practice becomes the official journal of PPAG. The founding editor is David Grinder. The Journal is a forum for practitioners in pediatrics to publish works such as original research, case reports, and drug therapy reviews.

Kellie McQueen resignes as Executive Director and day-to-day management is outsourced to an Association Management Company.

On October 27, 1997, PPAG presents the need for regulation requiring manufacturers to assess the safety and effectiveness of new drugs and biological products in pediatric patients. Mr. Dave Grinder represents PPAG at the FDA public hearings on the issue.

PPAG partners with Publications International to publish Guidelines for Children’s Prescription Drugs. This publication provids accurate information for families related to medication use. Later that year, PPAG leads the movement to avoid the use of drug name abbreviations (eight years before the Joint Commission).

PPAG launches its first website and PediNet, an electronic bulletin board dedicated to improving communication among the pediatric pharmacy community.

PPAG has 350 active members heading into its third decade.

The Journal of Pediatric Pharmacy Practice becomes The Journal of Pediatric Pharmacology and Therapeutics. The Board names Stephanie Phelps, PharmD Editor-in-Chief. The Journal becomes a peer-reviewed multi-disciplinary journal that is devoted to promoting the safe and effective use of medications in infants and children. To this end, the journal publishes practical information for all practitioners who provide care to pediatric patients. Each issue includes review articles, original clinical investigations, case reports, editorials, and other information relevant to pediatric medication therapy.

Soon after its launch, the Journal publishes a groundbreaking article, “Guidelines for Preventing Medication Errors in Pediatrics.” The Guidelines are co-developed with the Institute for Safe Medication Practices (ISMP), and endorsed by the American Society of Health-System Pharmacists.

Sumner J. Yaffe Lifetime Achievement Award in Pediatric Pharmacology and Therapeutics is established. The Yaffe Award is given annually in recognition of significant and sustained contributions toward the improvement of children's health through the expansion of the field of pediatric pharmacology and therapeutics.

Matthew Helms becames the fourth Executive Director of PPAG and moves the organization’s headquarters from Denver, Colorado to Memphis, Tennessee.

The Association launches a new website, and begins to offer a quarterly newsletter for membership. The official newsletter of PPAG becomes the Pediatric Pharmacy Advocate in 2007.

The Richard A. Helms Excellence in Pediatric Pharmacy Practice Award is established. The Helms Award recognizes (1) sustained and meritorious contributions to PPAG and to pediatric pharmacy practice, and (2) contributions of importance to education, new knowledge, and outreach.

The Bruce Parks Memorial Residency Project Showcase is established in 2006. The showcase seeks to stimulate interest in the field of pediatric pharmacy by offering a highly competitive award for the best pediatric pharmacy resident presentation at the PPAG Spring Specialty Meeting each year. Approximately ninety (90) residents participate in this program each year.

The Presidential Citation recognizing an outstanding Committee Chairperson is established.

In February, PPAG Board of Directors officially endorses the "Shanghai Declaration," which outlines the organization's commitment to improving safe and reliable medicines for children worldwide." This endorsement also establishes PPAG as a member of the International Alliance for Better Medicine.

The Board formally approves the establishment of the first permanent reserve fund.

KidsMeds, a website dedicated to accurate pediatric drug information to parents and families, is launched.

The Spirit of PPAG Award is established recognizing "behind the scenes" contributors to the Association.

PPAG keeps its commitment to improving safe and reliable medicines for children worldwide by planning the First International Pediatric Pharmacy and Pharmacology Summit in association with the American College of Clinical Pharmacy (ACCP). This exciting event is the first time that international pediatric pharmacy and clinical pharmacology organizations involved in the use of medicines in children come together to share research, practice, and ideas to improve the care of children. 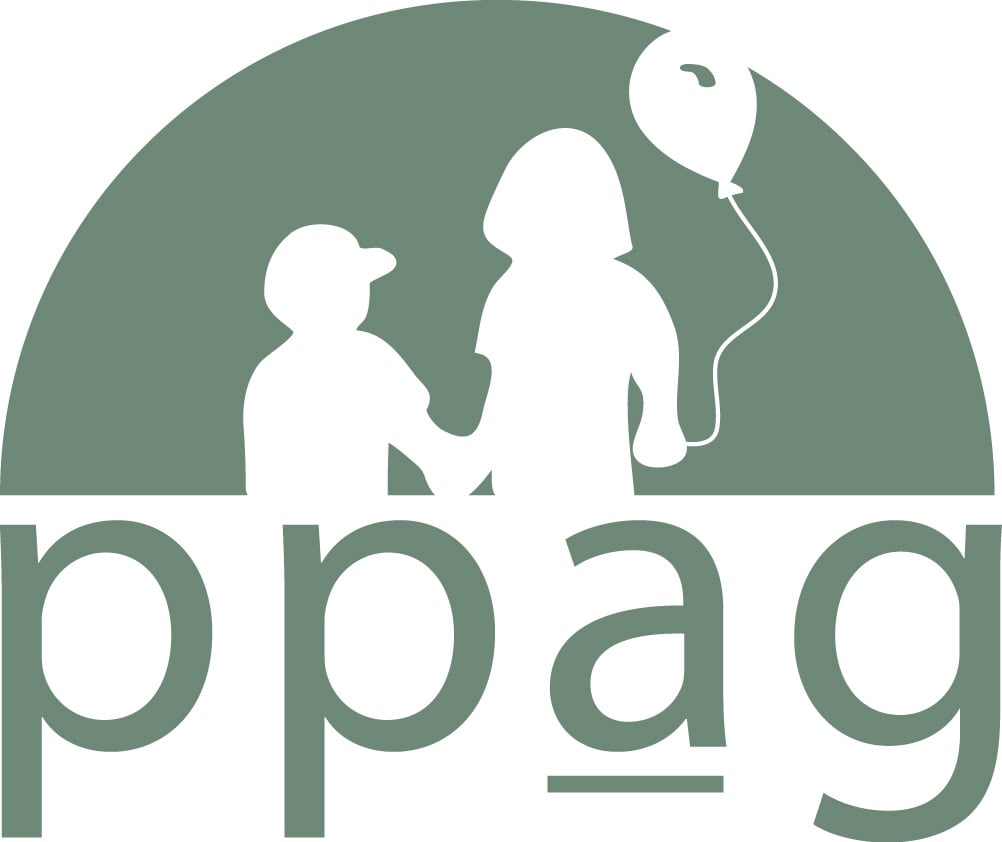 PPAG successfully advocates for a pediatric pharmacy voice on the FDA Pharmacy Compounding Advisory Committee. Kathy Pham, PharmD, is appointed to the post.

PPAG launches a new and improved website to respond to a growing membership, technological advances, and the communication needs of our members.

PPAG is awarded the Professional Development Program (PDP) provider contract by the Board of Pharmacy Specialties.

​The PPAG Student Council is establish, and conducts its first national election for officers.

​PPAG and the American Academy of Pediatrics (AAP) enter into two collaborative agreements. PPAG has a permanent liaison position in the AAP Section for Advanced in Therapeutics and Technology (SOATT) and the Section for Clinical Pharmacology and Therapeutics (SOCPT)

PPAG Conversations, the official Podcast of PPAG featuring experts in the field of pediatric pharmacy, is produced and launched.

PPAG successfully advocates for a pharmacists membership category in the American Academy of Pediatrics.

PPAG announced it is doing business as the Pediatric Pharmacy Association.

PPA publishes Key Potentially Inappropriate Drugs in Pediatrics: The KIDs List in the Journal Pediatric Pharmacology and Therapeutics 2020;25(3):175–191. The safe use of medications in pediatric patients requires practitioners to consider the unique pharmacokinetics and pharmacodynamics of drugs prescribed in this age group. In an effort to create a standard of care for the safe use of medications in this population, a list of drugs that are potentially inappropriate for use in pediatric patients has been developed and titled the “KIDs List.”

The Journal of Pediatric Pharmacology and Therapeutics publishes eight (8) issues per year (increasing from six per year).

From that first conversation among friends PPA has grown in size and scope to truly become the primary resource for pediatric medication therapy in children. PPA continues to develop educational programs for practitioners and families that will continue to be influential.