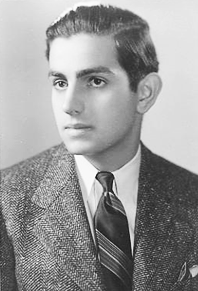 The Sumner J. Yaffe Lifetime Achievement Award in Pediatric Pharmacology and Therapeutics is given annually in recognition of significant and sustained contributions toward the improvement of children's health through the expansion of the field of pediatric pharmacology and therapeutics. The Yaffe Award was established by the PPA Board of Directors in 2002.

Dr. Yaffe is a founding father of developmental and pediatric pharmacology and has influenced the field throughout his entire career.

​The Yaffe Award Selection Committee will name one recipient annually in August. Nominations are accepted throughout the year and will be considered indefinitely. However, submissions should be received by September 15 to be considered for the following year. To nominate a candidate for the Yaffe Award, please fill out the Nominations Form.

Dr. Sumner J. Yaffe was born in Boston, graduated from Boston Latin School, and Harvard College (with an interruption during World War II to serve in the Armed Forces). He received his BA in chemistry, then pursued an MA in Pharmacology at Harvard, and finally his MD from the University of Vermont. He returned to Harvard to complete his pediatric training at Children's Hospital in Boston. After a Fulbright Scholarship at St. Mary's Hospital in London, and a fellowship in metabolism at Harvard, he joined the faculty at Stanford University as Director of the Clinical Research Center for Premature Infants. It is here that his interest in neonatal pharmacology grew. In 1963, he moved to SUNY Buffalo as Professor of Pediatrics and Adjunct Professor of Biochemical Pharmacology. In 1975, he moved to the Children's Hospital of Philadelphia to establish the first Division of Pediatric Clinical Pharmacology. During his distinguished academic career, he published upwards of 300 scientific articles and books dealing with a wide range of developmental science. His work included studies on the ontogeny of drug metabolizing enzymes, including effects of malnutrition, vitamins, protein intake, and drugs on drug metabolism in the developing fetus and child, bilirubin metabolism, and the excretion of drugs in breast milk. He inspired and mentored countless young pediatric investigators who owe much of their career directions to his teaching.

In 1980, Dr. Yaffe took the position as Director of the Center for Research for Mothers and Children at the National Institute of Child Health and Human Development. During his 20 years at NICHD, Dr. Yaffe's vision for improved pharmacotherapy for children came to fruition. He tirelessly pursued an agenda for increased research in diseases of childhood. He fostered the development of research networks including a neonatal and fetal/maternal medicine network, and most crucial to pediatric and developmental pharmacology, the Pediatric Pharmacology Research Units. The PPRUs have been the key to advancement of pediatric pharmacology research, and through Dr. Yaffe's enormous efforts, have received increased funding and have grown from 6 to 13 units. The network includes outstanding young investigators studying basic mechanisms of developmental biology, ontogeny of drug metabolism, and joint clinical studies of a wide variety of therapeutic agents. Collaborative studies among the members of the PPRUs are every day generating new knowledge about how most effectively and safely to use new medicines to treat children in need. Even after his formal retirement from NICHD, Dr. Yaffe continues to mentor the PPRU network, and has focused his energies extensively on internationally cooperation and collaboration of pediatric investigators throughout the world.

Dr. Yaffe's vision of improved therapy for sick children is becoming a reality. He has inspired an entire generation of pediatric clinical pharmacologists to grow the field into a mature and evolving scientific discipline.